Tours to the Gabala and Sheki

All transfers, excursions, guide with knowledge of foreign language, accommodation in the hotel, all breakfasts.The tour price does not include: tickets to museums and institutions.

ARRIVAL IN THE AIRPORT; MEETING AND TRANSFER TO THE HOTEL; HOTEL ACCOMMODATION;
FREE DAY.

BREAKFAST IN THE HOTEL; TOURS TO THE QABALA.

Tour to the Gabala. After breakfast, we will start an exciting a trip to one of the most picturesque corners of Azerbaijan – the city Gabala. Tours to Gabala from Baku include a sightseeing tour of the city of Gabala, also on the way to Gabala you will have a short stop near the mausoleum of Diri Baba. Two-story mausoleum-mosque Diri Baba (1402) is a unique architectural monument of the 15th century.Mausoleum striking with its strict architecture, carved from the surrounding rocks. After  dinner you will reach Gabala, where begins car-walking tour of the city. During your excursion you will see the famous monuments of the city. You can enjoy a panoramic view of Gabala. Take a walk around the city, make an ascent to summer and winter tourist complex Tufandag by cable car, breathe in fresh air of the  Greater Caucasian mountains and admire the incredible views of the nature. By studying Gabala and enjoying her unique nature, you can continue your tour to the village of Nij. Nij is the house of a special ethnic group among the  Azerbaijani nationalities-Udins, who are considered to be the descendants of the Caucasian Albanians. At present, their population is no more than 10 000 people, but they managed to preserve their traditions, language and spiritual culture.
The Albanian temple in the village of Nij open to parishioners and tourists. This is one of the most ancient monuments Christianity in Azerbaijan. The temple was rebuilt in the XVII-XVIII centuries on The place of the ancient Albanian church of the IV century, founded by St.. Elisha (Christian apostle in Caucasian Albania).

Transfer to the hotel of Gabala;

BREAKFAST IN THE HOTEL; TOURS TO THE LAKE NOKHURGEL.

A tour of the fairytale places of Gabala.First we will tour to Lake Nokhurgel is one of the most popular tourist destinations in Azerbaijan.The lake is unusual,beautiful surrounded by mountains and thicketsreed, and resembles a mirror, which looks like wooded slopes. The peculiarity of this reservoir is that although it is located high in the mountains, but easily accessible, you can get there by car and even stay in a local recreation area.

Dinner time. Exquisite and delicious Azerbaijani cuisine will surely be to your liking. Here in one of the local restaurants you can try a variety of dishes of very rich national cuisine. Then tourists are given a free day.

BREAKFAST IN THE HOTEL; TOURS TO THE WATERFALL "SEVEN BEAUTİES" AND "QABALAND"

One of the most popular scenic spots of Gabalais the waterfall “Seven Beauties” Of course, we will organize for you excursion to this amazingly beautiful place. The waterfall is 3 km away from the village Vandam in the mountains among a thick chestnut forest. Waterfallconsists of seven cascades, to which can climb on a long narrow brick stairs. In late autumn, in winter and early spring, the territorynear the waterfall is covered with ice. On the way up there is a small restaurant where you can relax, listening to the noise of running water from the mountain, have a cup of tea or have lunch.

Tour of the “Gabaland.” Immerse yourself in the fairy-tale world of Gabaland. There is as much entertainment as your soul desires, and feelings of joy are not will leave you for a moment. “Gabaland” is the most famous amusement park of Azerbaijan, full of various interesting events and brilliant attractions, built for children and adults. “Gabaland” – excellent place for family rest.Stunning mountain panorama,fresh air,fragrance of green nature and the abundance of restaurants attached a special atmosphere for Gabaland.

BREAKFAST IN THE HOTEL; TOUR TO THE SKİİNG RESORT "TUFANADAG"

Tour to Tufandag – mountain charm of Gabala. After a delicious breakfast, accompanied by an experienced guide we well go on a long journey towards the majestic Tufandag mountain, where one of the two ski complexes of Azerbaijan is located. Tufandag – a resort, built at an altitude of 965-1920 meters above the level seas. Located Tufandag from Gabala only 4 km.Hoist rope of Tufandag originates from the Qafqaz Riverside Resort Hotel,which in 5 minutes away from the city center. The roads in the resorts of Azerbaijan meet  the security standards. Gabala is one of the main resort cities of Azerbaijan. It is located 215 kilometers from the capital of the state next to the mountain ranges of the Greater Caucasus.Azerbaijan is a state, the greater part of which is occupied by mountains. Temperate-subtropical climate, mountainous terrain and national hospitality are the most important factors contributing to the development of tourism in country. Having visited the ski resorts of the country, vacationers get positive emotions not only from skiing, but also from visiting historical places and from from delicious national cuisine, and of course from hospitality at the ski resorts of Azerbaijan.On territory numerous restaurants, cafes and bars.In Azerbaijan at the ski resorts tourists are resting round year. In the summer, you can enjoy walking and cycling, walks in the mountains, karting, playing paintball. You will surely get great pleasure not only from rest in Tufandag, but also from the indescribable beauty of the local nature.

Transfer to the hotel of Sheki.

Tour to the magnificent edge of oriental art is the glorious Sheki. Antique sources, as well as the results of archaeological excavations in the vicinity of the city, allow you to determine the history of the city’s appearance and call it the period of the millennium BC. Consequently, the age of Sheki is 2500-2600 years. In the second half of the 18th century, the name “Sheki” suddenly became known as “Nukha” for centuries. In 1772 year, as a result of a heavy rainfall, the Kish River spread and the city was completely destroyed. Then the people of Sheki moved to the eastern shore valleys – to the bottom of the mountain. Here the present city of Nukha was formed.   Since ancient times, Sheki has preserved many historical and architectural monuments. From ancient times, forge, weapons, jewelry and copper business, pottery, leather, tailoring craft, silk and carpet weaving, carpentry. Sights of Sheki enjoy world fame. Among them, the Sheki Khans ‘Palace, the Shekihanovs’ house, the Karavan-sarai stand out. These masterpieces of Oriental art are very valuable monuments of architecture of the 18th century. On all sides in Karavan-sarai merchants gathered and merchants from the countries of the Great Silk Road.
Sheki fortress, built by Khan Haji Celebi (1743 – 1755) gives a special flavor to the architectural monuments of Sheki. Juma mosque, Medieval bath, Minaret Gileil and of course Ancient Albanian temple built in the 1st century AD  are permanent places pilgrimage of tourists from different parts of the planet.That the temple was founded by the apostle Elisha,who brought Christianity to Albania at that time  when Azerbaijan was part of the Caucasian part of Albania. Our guides will show you the direction to all historical monuments heritage.Tourists will make a mental movement in time, feel myself in the ancient era.

Tour to the village of Kish is the most ancient Christian altar. The village of Kish, which located 5 kilometers from the city of Sheki, is proud of its main a sight – an ancient Christian temple of the XII century. Kish is a must see tourist destination.The village is beautiful with its extraordinary nature, traditions and rich past.  Since 2003, the Christian temple is a museum. According to the Georgian the chronicler, in the tenth century the population of the village accepted Georgian Orthodoxy and built this church dedicated to the Holy Mother of God. Archaeological excavations carried out on the site of the church, witnessed The existence of a cult site under the altar of the church that belongs to in 3000 BC, although the church was built in the XII century. Some historians believe that before the XIX century in the village prevailed Udi who spoke the ancient Udinese language. You will witness the Albanian art that contains in itself a lot of undisclosed secrets of the history of Christianity in the Caucasus.

BREAKFAST IN THE HOTEL; TOUR TO LAKE MARHAL AND MOUNTAIN PLATEAU HAN.

Excursion to the lake Marhal. Lovers of relaxation in nature are well acquainted with this place.The village quickly gained fame in the 80s of the last century and became a mandatory point of visiting local residents and tourists. Marhal is considered the most popular holiday destination. In summer, the residents of Sheki, the surrounding areas, and a huge number of tourists from all over the world come here in search of coolness. In recent years, catamarans have appeared on the man-made lake stretching here. Marhal is beautiful in all seasons. If you are not even going to spend the night here, you should at least breathe the intoxicating air of the local places and enjoy the enchanting scenery. Mineral springs and beautiful mountain landscapes attract lovers to relax in nature. For tourists specially built pensions and recreation centers. On the man-made lake you can ride a catamaran. Not far away – just 7 km away – there is another miracle of Sheki – the mountain plateau Khan, where you can continue your journey.

Tour of the “Carpet Museum.” Upon arrival in Baku, we will continue our excursion to the “Carpet Museum.” The Azerbaijan Carpet Museum was founded in 1967, becoming the world’s first specialized collection museum, preservation and study of carpet. The museum is a treasury of theAzerbaijani national culture, showing the carpet in close relationship with other kinds of traditional art of Azerbaijan. His collection contains about 14 000 carpets, embroideries, clothes, copper-wrought articles, items of jewelry, modern works of glass and wood.

BREAKFAST IN THE HOTEL; THIS WILL BE THE FINISHING DAY OF YOUR TENTH-DAY TOUR IN AZERBAIJAN; AFTER THE BREAKFAST, TRANSFER TO THE AIRPORT WITH OUR GUIDE. 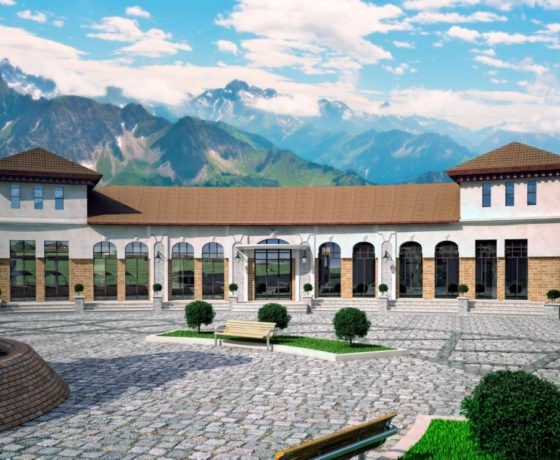 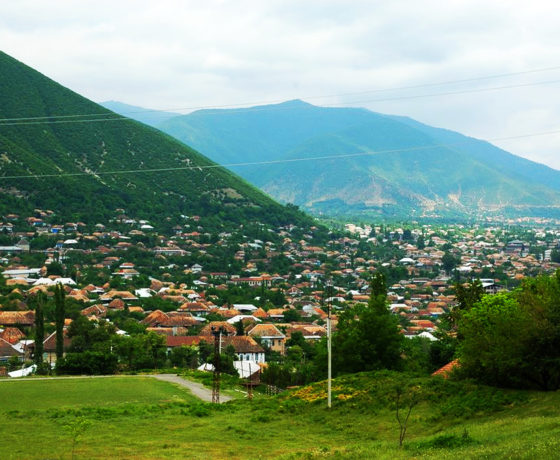 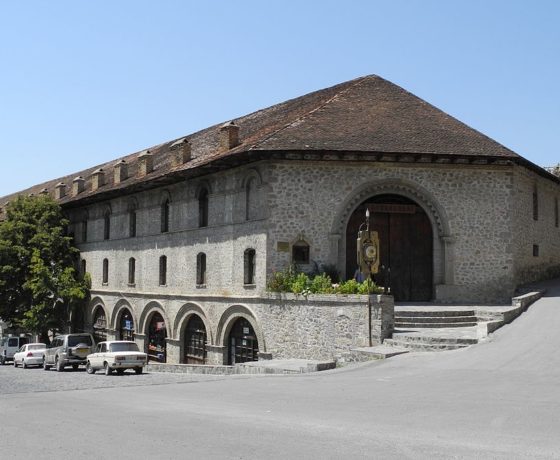 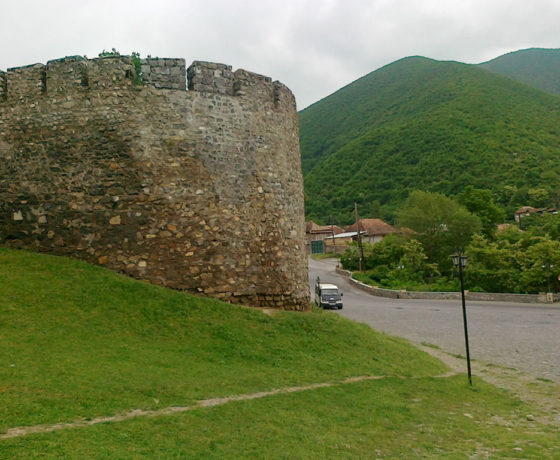 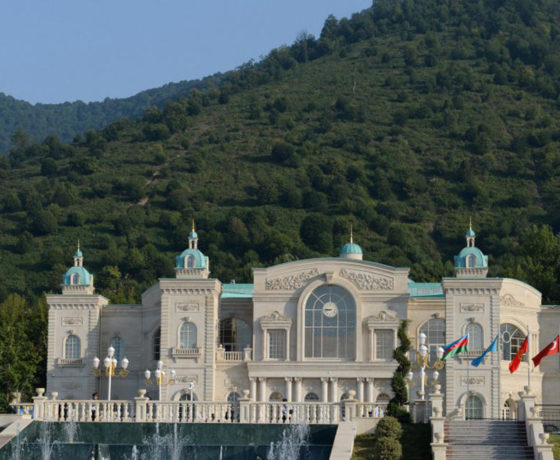 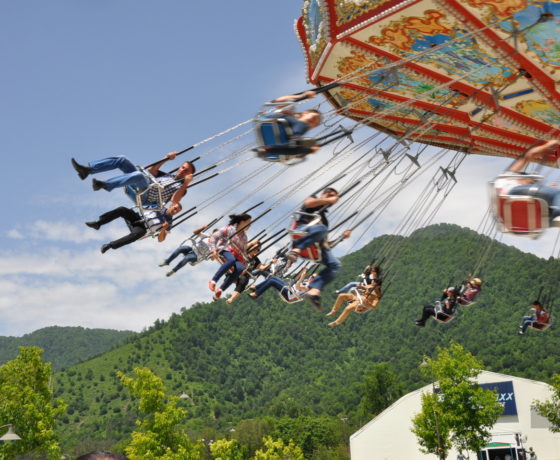 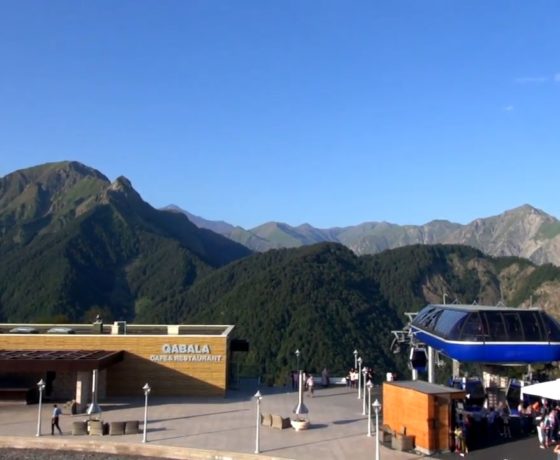 Booking for TOURS TO THE GABALA AND SHEKİ